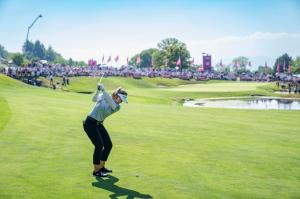 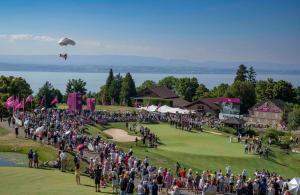 The Evian Resort Golf Club, nestled between Lake Geneva and the Alps, once again tested the resolve of a diverse field comprised of some of the world’s best golfers. Henderson was rewarded for her precision, accuracy and resilience on the spectacular Champions Course. The overnight leader clinched victory at the only Major played in continental Europe with a final-round 71 for a 17-under par total of 267 and a one-shot victory.

Henderson made history as she became the first LPGA player to begin any Major with successive rounds of 64. The 24-year-old assumed the overnight lead on Friday and pulled clear with a hat-trick of birdies. After a third round score of 68 and a two-shot lead heading into the final round, the 12-time winner on the LPGA delivered an impressive performance in the hot conditions.

This win elevates the Canadian into an exclusive group of Rolex Testimonees to have won the Amundi Evian Championship, namely Annika Sörenstam (2000, 2002), Lydia Ko (2015) and Anna Nordqvist (2017). With her win, Henderson earns 60 points in the Rolex ANNIKA Major Award standings and becomes eligible to win the award at the end of the season.

Following Sunday’s final round, Brooke Henderson, the first Canadian golfer, male or female, with more than one Major title, said:

“It’s extremely special to have this win so close to the Rolex headquarters. Being a Rolex ambassador is one of the proudest things that I have in my career, and so to get to win so close to their home and get my second Major championship, I feel like it’s just the start of my career, so hopefully I can just keep winning events and keep getting better.”

Rolex has been the Official Timekeeper at The Amundi Evian Championship since 2000 as part of a broad and enduring commitment to women’s golf that dates back to 1980 when it became a partner of the Ladies Professional Golf Association (LPGA). The brand continues to support champion players, amateur events and professional tours, along with all five Majors.

ABOUT ROLEX AND GOLF

Rolex is committed to the permanent quest for excellence in all its endeavours and has been a long-term supporter of golf in its pursuit of the same. The brand’s enduring relationship with the sport began more than 50 years ago, in 1967, when Arnold Palmer, joined by Jack Nicklaus and Gary Player, became the brand’s first golfing Testimonees. Known together as The Big Three, these legendary players changed the face of golf forever, and their partnership with Rolex marked the beginning of a relationship based on the shared commitment to continuous improvement and unwavering precision. Since then, the affiliation has grown and flourished, permeating every level of the game worldwide. From elite players and golf legends, to all the game’s Major championships, where success represents the pinnacle of achievement in the sport, as well as the foremost professional tours and worldwide amateur championships, Rolex is ever-present. In 2021 Rolex further deepened its support by becoming a Worldwide Partner of The Ryder Cup, to act as Official Timekeeper at every iteration of the sport’s pre-eminent team competition. The Swiss manufacturer’s support for the game is built on a strong sense of integrity and respect for tradition that promote the continuity of expertise and transfer of knowledge, and an understanding of the importance of investing in the sport’s development for future generations.

An unrivalled reputation for quality and expertise

Rolex is an integrated and independent Swiss watch manufacture. Headquartered in Geneva, the brand is recognized the world over for its expertise and the quality of its products – symbols of excellence, elegance and prestige. The movements of its Oyster Perpetual and Cellini watches are certified by COSC, then tested in-house for their precision, performance and reliability. The Superlative Chronometer certification, symbolized by the green seal, confirms that each watch has successfully undergone tests conducted by Rolex in its own laboratories according to its own criteria. These are periodically validated by an independent external organization.

The word “Perpetual” is inscribed on every Rolex Oyster watch. But more than just a word on a dial, it is a philosophy that embodies the company’s vision and values. Hans Wilsdorf, the founder of the company, instilled a notion of perpetual excellence that would drive the company forward. This led Rolex to pioneer the development of the wristwatch and numerous major watchmaking innovations, such as the Oyster, the first waterproof wristwatch, launched in 1926, and the Perpetual rotor self-winding mechanism, invented in 1931. In the course of its history, Rolex has registered over 500 patents. At its four sites in Switzerland, the brand designs, develops and produces the majority of its watch components, from the casting of the gold alloys to the machining, crafting, assembly and finishing of the movement, case, dial and bracelet. Furthermore, the brand is actively involved in supporting the arts and culture, sport and exploration, as well as those who are devising solutions to preserve the planet. 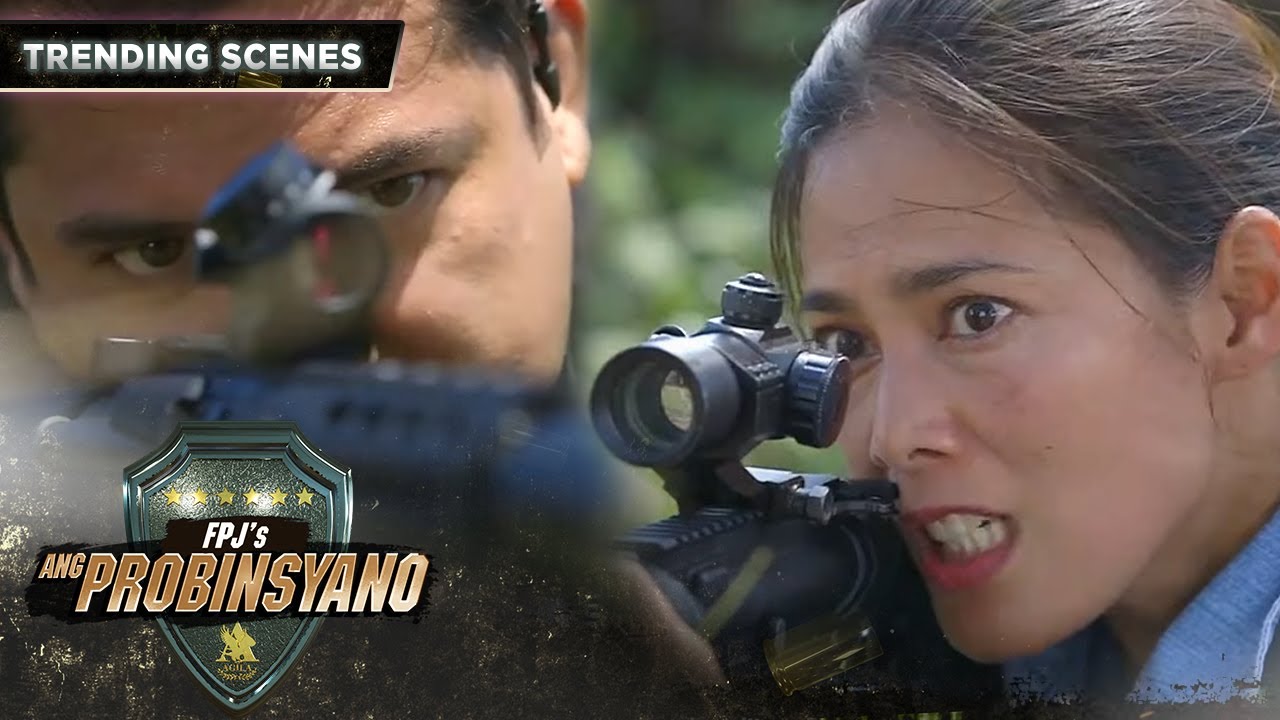 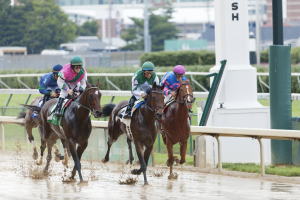